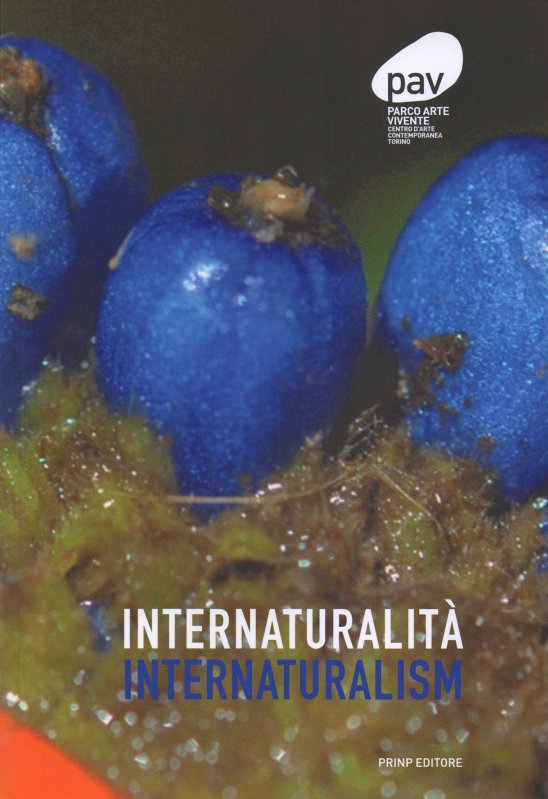 Laura Viale began the project Senza titolo (Inframondo), 'Untitled. (Underworld)' in 2012, as a result of the deep reflection triggered by the invasive medical examinations of her body, subjected to endoscopic exploration. Designed to explore and chart an Etnean volcanic cave, the project proved to be larger-scale and fitting to a range of caves: points of contact between inside and outside, breaches onto the complex orography of the planet.
The action took on an in progress character, a real method turning performance into a hiking exercise into nature and implying a voyage towards places to be explored, to appreciate the perceptive and cognitive experiences they triggered, of a psychological, relational and environmental character, as well as artistic.
In the workshop Inframondo, the artist proposed an introductory section to the concept and to the use of devices to be employed in the depths of the cave. On the second day, departing from the PAV on a bus, the participants reached the Mezzenile community of Lanzo Torinese, where the maze of the Pugnetto caves begins, about 825 metres above sea level. During the field trip – organised thanks to Silvio Macario and the speleological committee of CAI[1] Lanzo, in collaboration with Gian Domenico Cella of the Cave Group CAI Novara – the artist identified a site[2] of particular interest: with a morphology predominantly characterised by collapse, and, with all probability, excavated in Mesozoic calc-schists by the adjacent the Rio Cenere.
The complex formation is accessible from the North-East side of the Lunelle peak, through a narrow tunnel, concealed in a shady forest of chestnut and beech trees, within walking distance of a steep path. The Pugnetto caves, with a humidity of 90%, consist mainly of schist, limestone, claystone and quartz, that appear sprinkled in dark red under the torchlight, due to the oxidation of iron minerals. The conformation where once there were stalactites, later plundered by vandalism, is nowadays home to several bat populations and endangered endemic species: an isopod and a coleopteron.
The tunnel explored in the field trip is the main tunnel that, through rugged passages and a succession of ups and downs, opens to larger halls. At the end of this branch there is a spring of fresh water, producing a pleasant sound, after the silence one grows accustomed to upon entering the cave.
On the way back, with the attentive guide of the speleologists and after a walk of about two hours, the tour stops at one of the cave's large halls for a drawing session. The irregular walls of the cave lend themselves to the frottage of reliefs and hollows, obtained with graphite rubbed on the graph paper placed on the wet surface of the rocks. The time spent drawing, the physical contact with the object of the survey, the contact established with the depths of the mountain trying to chart it, as underlined by Laura Viale "are an attempt – both literal and metaphorical – to bring to light what lies inside. Symbolically, we are at an intersection between outside world and the inner world. And this situation also suggests a re-positioning of man in relation to nature".
The several sheets worked in extreme conditions (due to darkness, postural difficulties, humidity), once viewed in the laboratory and in the sunlight, revealed the hypersensitive way in which they were accomplished, the elements of surprise and dissonance, since "graph paper, as it recalls calculation and the attempt to sort into coordinates, is in contrast with the empirical method with which the drawings were made".
Each time, the drawings made by different people, in deep and secret places, will become part of a collective installation that will be accomplished over time.

As part of Internaturalism, and at the conclusion of the 2013 annual programme, the new edition of UNICUM is taking shape. Through the selection of particular works chosen from among the artistic production of artists living and working in the Piedmont area, the Unicum exhibition project aims to investigate a plurality of perspectives relating to the themes of Living art, giving special attention to the concept of transformation.

This is the place where I feel at home and Senza titolo (Inframondo), 'Untitled (Underworld)', are the two projects by botto&bruno (Turin; 1963 and 1966) and Laura Viale (Turin, 1967), created specifically for the PAV to reflect upon the change and transformation affecting places, with the aim of preserving the notion and the memory thereof. In the landscape halfway between nature and culture suggested by botto&bruno, as well as in the real scenery of the depths of a cave presented by Viale, the research of the artists explores marginal or residual areas, liminal spaces as extreme, real or triggered by imagination. In general, it is about the places that entail a particular inclination: to be crossed, explored and inhabited. According to the definition of the Sicilian architect and anthropologist Franco La Cecla, in fact, "Inhabiting a place, either temporarily or for longer periods, is a human ability".[1] It is an ability acquired according to a precise biological aptitude that, as an equivalent to being present in a given place, can redefine even the furthest and most unthinkable one.[2] Ultimately, it is the ability to turn places into "homes".

Laura Viale's works feature elements drawn from reality which, either recomposed or merely left to chance, become almost abstract. Her research has always been concerned with the investigation of the "nature-culture" dichotomy, in which, what modifies the former is the addition of a particular light, that, simply moving the eye, changes the perspective on the latter.
In Senza titolo (Inframondo), 'Untitled (Underworld)', a project in progress resulting from field research and expeditions (with regards to Unicum, the work was carried out within the PAV Educational Activities as Workshop_34, July 2013), Viale materially descends into the depths of the earth. Leaving out for now any psychoanalytical and philosophical reading of the entrance into a cave, the artist ventures daringly into the heart of a cave, somehow replicating Verne's Journey to the Centre of the Earth. Having reached the depth, Viale realises a series of drawings using the frottage technique. This is a rubbing technique that reveals the texture of the surface investigated using an ordinary pencil, and which, in the field of art, is rooted very far back in the past (from the first Dada to the organic sculptures of Giuseppe Penone). And still, it is a method shared by anyone who, as a child, used it to sketch with a lead pencil coins or medals.
For Laura Viale it is neither the result nor the number of the drawings that marks the conclusion of the work and of the process; rather, the focus of each experience and field trip are the entrance and the life in the bowels of the earth. This 'going in', which, in a way, corresponds to its opposite, 'coming out', is for Viale an attentive analysis of the 'gateway', intended as 'being in-between'. The threshold, which can be crossed and still remain, at the same time, a barrier, is also the place that enhances differences. While defining the "I and you" (where the one ends and the other begins), the threshold also has the ability to blur the differences, soften and permeate them, in other words, let them come and go in a continuous flow. Each threshold anticipates an opening or a closure, or even a reversal - because the threshold can be a lens that reverses and turns the image of the world. It reflects it. This is what happens in our homes, as we enter a closed and protected environment. Yet our homes are places that reflect, as in a mirror, the outside world from which we come. "Our homes are microcosms of the outside universe that we carry inside, and reflect in an interior".[3]

Looking inward also refers, in a way, to several diagnostic and medical tests revealing the nature of the body consisting of membranes, fibres and liquids. The latter, as an interest towards the corporeal world which has already influenced such artists as Mona Hatoum, or, in the field of Bioart, the colleague from Turin Dario Neira. Instead, with respect to caves and caverns, Laura Viale's attention is on the physical and mineralogical elements which coat the tunnels crossed, as driven by the desire to retrace their 'skin' with the frottage technique and the desire to dive ever deeper. Although she retraces by hand and pencils the surface of the caves to impress then the marks on graph paper, Viale does not intend to chart and recreate the cave with accuracy. Her interest lies in the process by which the drawing takes shape. Like the latter, in essence, it appears and "comes to light" thanks to the artist's physical contact with the space surrounding her. Senza titolo (Inframondo) thus becomes a series of modular sheets made by the artist and by the "fellows" who took part in the speleological expeditions. The installation runs on the wall to create new landscapes. These are presences - now external - that tell of inner places, ritual spaces, in a sense, between the physical and the unreal.

In both works, This the place where I feel at home and Senza titolo (Inframondo), the looks are ultimately filtered. Precisely one porthole to go out, and a threshold to cross to reach the darkness. They are two movements, the one outwards and the other inwards, that try to define the faded and blurred space "in-between". What lies in the middle.