7 x 4 = 28, 2000, is a white box in which a horizontal opening reveals a row of seven orchids illuminated by fibre optics with a light changing from purple to green, to yellow, to red.

With the four colours, the viewer contemplates twenty eight different visions of the flowers, each of them changing its appearance according to the colour that illuminates it.

The title of the piece plays with the symbolic significance of numbers which are tied to the recurrence of natural cycles: 7 refers to the days of the week, 4 the seasons as well as the weeks necessary to complete the moon's orbit, lasting for 28 days, which also determines the rhythm of the seasons and the increase or decrease in the flow of sap in plant.

In the installation L.M.F., 1999, a number of orchids are arranged on the floor of a room in semi-darkness, abstractly reproducing a blooming field. Each flower is illuminated by an optic fibre hanging from the ceiling, with varying shades of iridescent light fluidly changing in uninterrupted sequence.

L.M.F. is an artificial place, as it redesigns and simplifies a natural landscape indoors; but it is also real and visitable; one sees it transform itself with the different colours which illuminate it. It is a spatial-temporal dimension which can be experienced physically with the entire body, and shared with others. 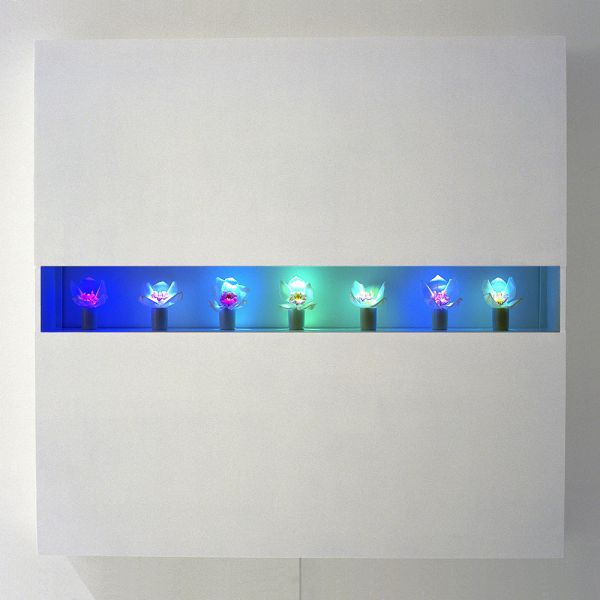 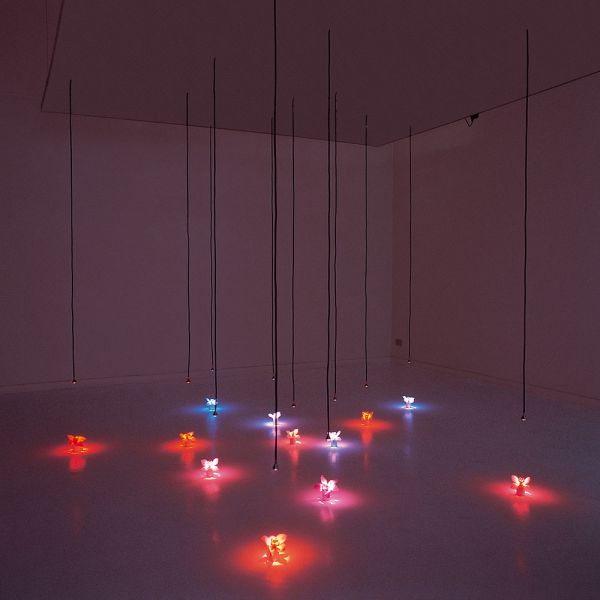 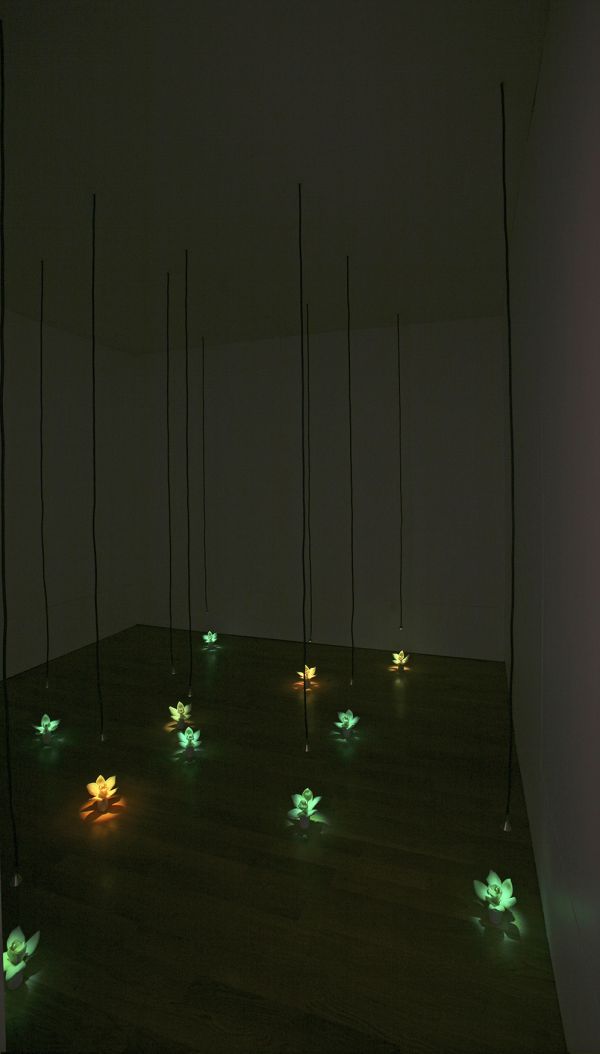 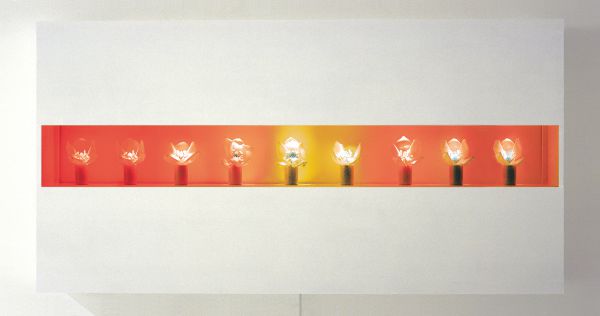 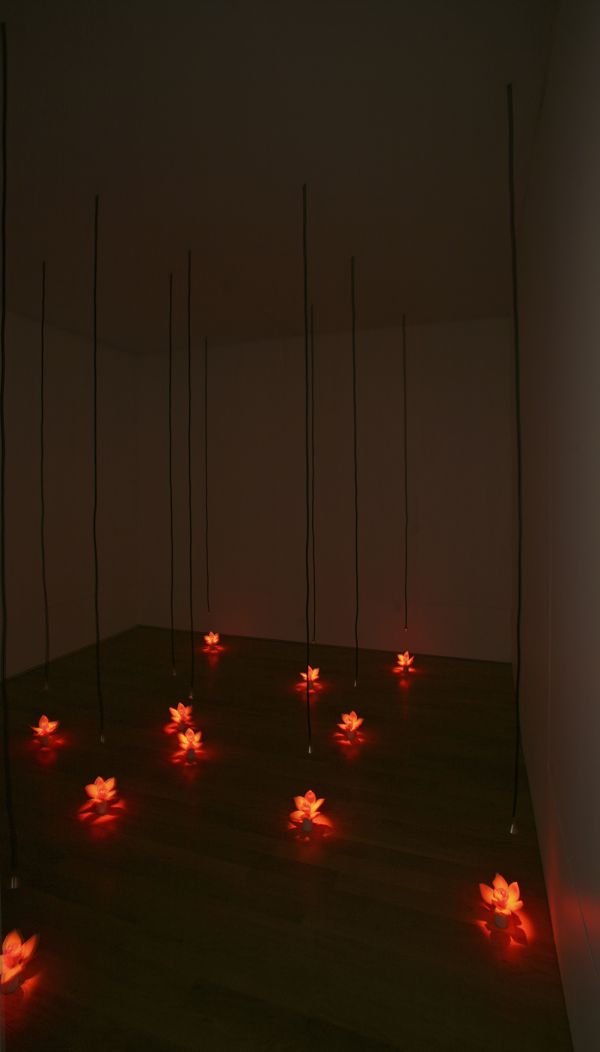